This article is from CNN and written by and copyright Ruben Navarrette, March 13, 2015

Ruben Navarrette is a CNN contributor and a nationally syndicated columnist with the Washington Post Writers Group. Follow him on Twitter: @rubennavarrette. The opinions expressed in this commentary are solely those of the author.

(CNN)Parenting is our most important job, and yet many of us are not doing it right.

Afraid of being too hard on our children, many of us are being too soft. Instead of helping our kids, we’re hurting them. Instead of building their self-esteem, we’re constructing a defect in their character. Instead of urging them to think globally and make the world better, we’re teaching them to focus only on themselves. 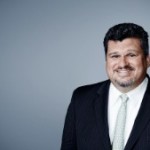 These people populate our lives. There is the girlfriend who forgets about your daughter’s birthday because something came up that was more important to her. There is the family member who stands you up for dinner because she made plans with someone else. There is the friend who is constantly posting selfies and sharing personal details on Facebook.

Narcissists worship the holy trinity: Me, Myself and I. It’ll all about them, all the time. And so there is very little room left over in their consciousness for the rest of us.

Now it turns out that narcissists aren’t born. They’re made, according to a new study released by the Proceedings of the National Academy of Sciences. And guess who makes narcissists? That’s right. Mom and dad.

Kelly Wallace: Parents may be to blame for narcissistic kids, says study

This means that narcissism — a self-centeredness which the study defines as feeling superior to others, fantasizing about personal success and believing one deserves special treatment — isn’t something that just happens organically. It doesn’t occur when kids leave home and head to college or enter the workforce. It’s not behavior that rubs off from their friends, co-workers or associates. It’s not a bad habit that they pick up in law school or at exclusive country clubs.

This serious personality disorder is homegrown. It turns out that constantly telling your kids they’re special can make them especially susceptible to narcissism.

Researchers followed and surveyed 565 children ages 7 through 11 and their parents — 415 mothers and 290 fathers. They found that parents who “overvalue” and overpraise their children during these formative years, often instilling a sense of entitlement, are more likely to raise narcissists.

“When children are seen by their parents as being more special and more entitled than other children, they may internalize the view that they are superior individuals, a view that is at the core of narcissism,” according to the researchers.

I bet you knew that already. It sounds like common sense. But oddly enough, in the world of psychology, it isn’t. Over the years, the alternative view has been more popular — that narcissists didn’t get enough praise growing up, so they’re making up for it now by overvaluing themselves.

And guess what? Self-centered children are likely to grow up into self-centered adults. That’s not good for anyone. Aside from the damage that narcissism does to society through frayed personal relationships, narcissists also tend to be more aggressive and violent than other people. They are also have higher risk of depression, anxiety and drug addiction. Finally, they’re also not much fun to be around. Social skills are an important ingredient in the recipe for success, and it’s hard to be social with people when they can’t stand to be around you.

Jean Twenge knows this terrain awfully well. A psychology professor at San Diego State University, who I have quoted in columns on the “Millennial” generation, Twenge is the co-author, with fellow psychologist W. Keith Campbell, of “The Narcissism Epidemic: Living in the Age of Entitlement.”

It’s an important book, with a great title. This is indeed the age of entitlement, and the heyday of narcissism. We live at a time where there are thousands of ways you can order a cup of coffee, hamburger or sandwich. And when we’re done ordering, the person behind the counter caps off the ritual by personalizing our order and scribbling our name on the cup or wrapper. We can order dolls for our children that are especially tailored in their image, or program our smart phone with ringtones, wallpaper, and settings that are unique to us.

Hey, we deserve a unique hamburger, doll, phone or coffee. After all, as we’ve been told our whole lives, we’re unique.

In their book, Twenge and Campbell list some of the things that contribute to narcissism: public schools that tolerate mediocrity; a nurturing culture where everyone gets a trophy; social media, where everyone with an opinion can share it; a celebrity and reality show culture that tells Americans anyone can be famous. At the top of the list though: parenting.

So what is the antidote to this epidemic of narcissism? In a word: balance. You can praise your kids, but always make sure what you’re praising is an actual achievement or accomplishment. Don’t just cheer them on for participating. They’ll get enough of that, along with a handful of ribbons, from playing school sports.

On the other side of that coin, don’t be afraid to set high expectations, demand that they be met, offer constructive criticism when necessary, and remind your children that — contrary to what they may be hearing from marketers and the rest of society — the world does not revolve around them.

Encourage them to think of the collective good, and not just focus on themselves as an individual. Remind them that, just as important as how they feel about themselves, is how other people feel about them. And, as often as possible, stress to them that while they shouldn’t let anyone look down on them they also have a duty not to look down on anyone else.

Oh, and you can skip the part where you tell them they’re special. Rest assured, across town, another parent is telling her child the exact same thing. So how “special” could either one of them really be?

What’s the harm in a little self-love? Oh, there’s plenty.

“Narcissism is absolutely toxic to society,” Twenge told me during an interview once. “When faced with common resources, narcissists take more for themselves and leave less for others. They tend to be greedy and take too many risks. They feel entitled, don’t think about consequences and assume that everything will turn out great.”

But not everything turns out great.

When they hit a bump in the road, or someone tells them they’re not so special, narcissists tend to fall apart. When they lose a job, or get an eviction notice, or fail a class, or run a business into the ground, they’re likely to crumble.

After all, they may have been told by mom and dad that they’re perfect human beings. But I bet no one promised them that the world would be a perfect place.