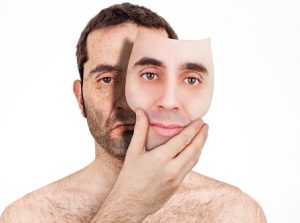 The Psychopath Next Door – I have a psychopathic neighbor and it is not comfortable, not safe, and the law can’t help me. So, what can I do? What would you do? What have you done with a psychopath neighbor or even worse a psychopath in your life?

I have made 3 videos on this topic so far. These videos are different from my usual ones. How? Well, I am talking about the psychopath that is my next neighbor. I’m processing this in real time. I had to call the police on him again today and that and what he does after that are what I am talking about specifically. I describe how I feel in the hope of not only processing it again after another day with incident and having to call the Police. I also describe how I feel and what is happening to a degree to hopefully help others who are experiencing the confusion, the freaked out, creeped out feelings of an unpredictable psychopath in your midst. The cognitive dissonance that is “normal” in these type of situations. Along with the healthy fear aspect of feeling fear. It would not be a safe thing to not feel some healthy fear and a measure of vigilance with a psychopath in your midst (or even closer than a neighbour) because they are unpredictable. Not all psychopaths will be violent. But just finding out, as I have, that you have a psychopath next door does mean risk goes up exponentially because there is no way to accurately predict, even in my role as a Mental Health professional, let alone in my life, with the psychopath next door, whether or not he will get violent or remain somewhat in his patterned manifestation of the way he behaves for whatever his motivation to do so is really about. I can’t know that. You can’t know that. I don’t even know if the psychopath next door knows what he is doing or why. I do know, however, he sure is after supply and that there is some definite patterned method of intimidation and harassment (among other things) to everything he does.

I will be sharing more not only about what I have been through and am going through right now with a psychopath next door and how ineffective laws are at doing anything about the psychopath’s behaviour until and less it crosses into upping-the-anti toward or becomes actual violence. There is something definitely lacking in the laws for sure. The psychopath next door to me is guilty, so far, of repeated, sometimes daily, (usually daily I get now that I may not know when he’s up to it as much as I thought I was more aware – he’s so sneaky) stalking, besetting, constant watching me (others?) and of harassment – “criminal harassment” as the Police have mentioned. However, they also go on to say that the way the law is written it is a “very high bar” to be able to arrest someone for “criminal harassment” (even though the psychopath next door IS doing it) because the bar to prove it in court is so high. How does this help those of us being or having been victimized by the psychopath next door? The scary answer is – it doesn’t help us, until and unless they do something much more toward violent if not outright violent.

There is too much room in too many laws in too many countries, including, Canada, where I live, that shows us, in psychology, as does court after court, that they are not up-to-speed on the not-so-obvious psychopath who has not “history of violence” that the Police know about – that doesn’t mean there is not history entirely devoid of violence. Law enforcement and the legal system only really deal with the psychopath next door (or wherever) after they commit murder. The types that don’t, haven’t yet, or may well not, even though the Police I’ve called and Officers I’ve seen all know he has as they say, “A lot of mental health issues going on,”  their hands are tied by laws and the way in which they are written and how they are interpreted.

If what I’m sharing resonates with you, please start reading and check back for more on how you can spot a psychopath/sociopath and/or malignant narcissist. It is important to trust your instincts, learn to have more firm boundaries with those you do not know, and then with these types of people – especially if you are an Empath, or may have co-dependence from you family of origin, or if you come from a toxic dysfunctional family of origin. They know how to target co-dependents, each empath, and others that are going to be fooled more easily or still give empathy putting self in harms way of the predator. They recognize us. We don’t deserve this. Psychopaths are more common then most people know or believe.